I am personally very bullish about inflation coming back which means the commodity sector for the next two-three years can see a good up move, says Nimesh Chandan, Head, Investments, Equities, Canara Robeco Mutual Fund.

What is your hypothesis on the way things markets have changed between March and now?
In the last six to seven months, the investors have moved from panic and fear to hope and optimism and so there has been a dramatic change in sentiment in six months. A lot of participants feel that the markets have moved illogically or too fast but I think the market has taken a particular course as new data and developments have happened from March onwards. First there was a lot of interest in the safety of the portfolios. We saw sectors like consumer staples, pharmaceuticals, healthcare and to some part IT — sectors which could depend on their growth — were the ones which came into limelight and then as fiscal stimulus and monetary stimulus were announced across the world, we moved to sectors that benefited from such boosts,

Still there were some external sectors that benefited from it and then when the unlocking started, we saw participation from domestic sectors with some comfort. Largecaps always come out of the crisis first. We saw the largecaps bounce first and from July, midcaps and small caps also participated. So we have seen logical moves in terms of timelines. The event has moved a little fast but it has moved in a logical manner and we are now seeing a broad-based market participation.

Even banking and finance, which was a laggard, has started to participate in the market. From here, it will be more about stock selection within a sector rather than allocation to a sector and so a bottom up stock picking would be beneficial rather than looking at just top down. Some themes will continue to do well like we have seen rural India doing well and this year because of good monsoons and government programmes, that can continue.

Also with government initiative for Atmanirbhar Bharat, themes that help in export promotion or import substitution, are likely to continue. I am personally very bullish about inflation coming back which means the commodity sector for the next two-three years can see a good up move. It is going to be noisy from here. There are going to be a lot of events which people will talk about a lot but it should not affect the general market trend much from here.

The mid and small cap universe was bombed out between September 2017 and early 2018. Where are they right now in valuations?
In midcaps and small caps, you have to be very selective about companies that you are betting on because it is very difficult to generalise about a very diverse set of sectors or companies that these categories cover. Although small cap is now a bigger universe after the Sebi classification which has 150 midcaps and the rest below are in the smallcap category. It is difficult to generalise these categories but there is a theme working here. Companies which are leaders in their businesses in midcaps and small caps, are trading at or higher than their previous highs that they made in 2017. These companies could be among the top three in their segment and it can be an emerging segment where they are seeing good growth or it can be leadership in a niche or leadership in a brand franchise that they have.

As a whole category, they are still down and so there is still room for rerating upwards. We are bullish on midcaps and small caps but to be more specific, remain in companies where there is opportunity for better ROCE and there is leadership so that they can gain market share and are able to increase their distribution, leverage technology and raise capital at the right time for expansion. There will be a separation between the boys and the men in this sector.

Do you expect earnings trajectory to start improving in the next two to three years?
If there was no Covid, we would already be seeing a good increase in the earnings trajectory for India Inc. The last quarter got a bit of disruption because of lockdowns. Some part of March and then in Q1, the government had taken certain measures in terms of tax benefits and incentivising certain industries. We did everything right in the last September and October but before we could see the benefits of this in a higher earnings trajectory, we had to face the Covid issue. I believe once we are out of it and by next year, we should be back to a better growth trajectory.

In the next two, three years, we should be looking at a better growth rate than what we have seen in the past three years. Some part of it is in the valuation. Most of the estimates have now already taken into account a very smooth recovery in FY22. For a better selection of companies or portfolios, one has to now look at 2023 and 2024 and have a long term focus on investment.

Typically, corrections are also part of a bull market and it is going to be a noisy six months with the US elections, the second wave of corona in Europe, some more lockdowns and if during this noisy phase, when people reset their expectations there could be a chance for a correction.

At these levels, if people have a longer term view, then they have to reap the benefits of stock picking and there are definitely opportunities in midcap themes 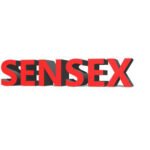 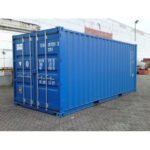