In a pre-recorded speech at the Bengaluru tech summit on Wednesday, Prime Minister Narendra Modi said that India has risen to the 40th spot in the world innovation index this year.

India jumped to 40th rank in the global innovation index this year. In 2015, we were ranked 81. The number of unicorn start-ups in India has doubled, we are now the 3rd largest in the world. This is due to India’s talent pool,” PM Modi said.

PM Modi urged both domestic and foreign investors to look into potential in Indian technology and inventions during.

“Your investments and our innovation can do wonders. Your trust and our tech talent can make things happen. I invite you all to work with us as we lead the world in solving its problems,” PM Modi said.

In this speech, he claimed that technology was once seen to be an exclusive realm, reserved only for the powerful, but that India had demonstrated how to democratise it.

PM Modi continued by saying that India had demonstrated how to humanise technology.

In India, technology is a force of equality and empowerment. The world’s largest health insurance scheme Ayushman Bharat provides a safety net for nearly 200 million families. It means, about 600 million people. This programme is run based on a tech platform. India ran the world’s largest Covid-19 vaccine drive,” he said.

India has many wonderful aspects coming together, whether it is FDI reforms, the liberalisation of drone regulations, moves in the semi-conductor sector, the output incentive schemes in many sectors, or the rise in the ease of doing business, according to PM Modi.

The Prime Minister used the Svamitva plan as an illustration to claim that India is embracing technology as a weapon in the fight against poverty.

We are using drones to map lands in rural areas. Then, property cards are given to the people. This reduces land disputes. It also helps the poor access financial services and credit. During Covid-19, many countries were struggling with a problem.

They knew people needed help. They knew benefit transfers would help. But they did not have the infrastructure to take the benefits to people. But India showed how technology could be a force for the good. Our Jan Dhan Aadhar Mobile Trinity gave us the power to directly transfer benefits,” he said.

India is no longer known for its bureaucracy. The red carpet treatment for investors is well known. Whether it’s FDI reforms, drone rule liberalisation, semiconductor industry developments, production incentive programmes across many industries, or an increase in business accessibility,” he continued.

This year’s Bengaluru tech summit will see the signing of nine Memorandums of Understanding (MoU) and the debut of 20 brand-new products.

More than 575 exhibitors and startups from 16 Indian states will participate in the three-day expo.

Representatives from more than 15 countries, including those from Japan, Finland, the Netherlands, Denmark, Sweden, Switzerland, Germany, Australia, the United States, Lithuania, and Canada, will be present at the summit to collaborate with Indian businesses.

Basavarj Bommai, the chief minister of Karnataka, made an announcement during the summit that six new high-tech cities, including one close to Bengaluru, would be built within the next six months in Hubbali, Dharwad, Mysore, Mangalore, and central Karnataka.

A startup park will also be constructed close to the airport within six months, according to CM Bommai.

The decision to build startup parks and high-tech cities is after realizing the enthusiasm and the scope for developing startup ideas in Bengaluru,” said Bommai.

The post According to the global innovation index, India climbed to the 40th spot: PM Modi at the tech summit appeared first on OUR INDIA. 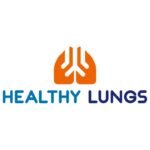