GUWAHATI, DEC 1: Navodaya Vidyalaya Samitee Assistant Commissioner (North East) Ram Take reached Jawahar Navodaya Vidyalaya(JNV), Moran on Thursday to inspect the assault on a pregnant teacher, which led to the suspension of 22 students from the school.

On November 27, 2022, a five-month pregnant teacher was allegedly manhandled by a group of students in upper Assam Dibrugarh district after the teacher informed the parents of one of the pupils about his poor academic performance and conduct in the school.

Ratheesh Kumar, vice-principal and in-charge principal of JNV, Moran said, “The Assistant Commissioner Ram Take on Thursday reached JNV, Moran to inspect the incident of November 27, where a lady pregnant teacher was assaulted by a student. He will stay here for two days and  collect all the details which led to the incident and submit the report to higher authority.”

He said that 22 students those who were involved in the incident were suspended from the school.

“Under the supervision of Moran circle officer, we have suspended the students for their behaviour which led to the incident,” he said.

On Nov 27, 2022, a student mob gheraoed lady teacher Anju Rani of Jawahar Navodaya Vidyalaya(JNV) in Moran and assaulted her.

The incident was reported on November 27,2022 at school premises.

According to sources, on November 27, 2022, Principal’s Training  Centre was held where, Ankush Singh’s guardian were called up and raised complaint against their son’s misbehaviour with teachers.

Sources said Ankush Singh created a mob of 30 students and  gheraoed lady teacher Anju Rani and one of the student identified as Sunandra Dehingia allegedly tried to assault the teacher who was five month pregnant.

“Sunandra Dehingia chased after the lady teacher and tried to pull her hair but she was saved by the girl students of the school,” said a source.

A handful of students has been creating an unhealthy atmosphere in the school. Even if teachers want to intervent in their matter they abused the teacher and threatened them.

Altogether, 22 students were involved into the incidents. But the main culprit are  Ankush Singh and Sunandra Dehingia who have created mess withing the school.

Sources said five months ago five bottles of  liquor were found in the school premises which were caught by the house master but after knowing everything the then Vice principal of the school R.P. Tiwari didn’t take any action.

“The former vice principal R.P Tiwari didn’t take any action after knowing everything. A handful of students are bad who creates unhealthy atmosphere in the school but most of the students are good. The teacher and staffs of the school need security from the irate students,” said a source. 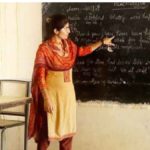