GUWAHATI, NOV 21: In a major crackdown, the Guwahati police have arrested a man with a consignment of 16,000 Yaba tablets from the Lokhra area of the city.

The person has been identified as Anowar Hussain of Barpeta, Assam.

“We have found contraband tablets,  47 grams of suspected heroin and Rs 47,000 in cash.  We have also recovered a weighing machine and a mobile phone from his hideout in Pubsarania,” a police official said.

The police official said that the accused was arrested based on specific input present with a team from Gorchuk PS.

While the exact worth of the seized Yaba tablets was not disclosed by the police, a source said that the consignment might be worth over Rs 48 lakh in the international market.

The police are investigating the matter of how he got the consignment and other people linked with him.

The post <strong>Assam: One arrested with 16,000 Yaba tablets in Guwahati</strong> appeared first on OUR INDIA. 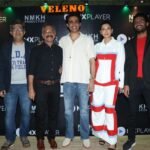