November 18: On the 8th of October, a team of 4 climbers from Maharashtra set out to take on the challenge of climbing Amadablam – 6812 meters ( 22,350 feet), one of the most technical mountains in the world. Located in the Everest region of Nepal the mountain is identified by its absolutely sheer ice walls and is an iconic feature on the popular Everest Base Camp Trek.

The team was made up of Sauraj Jhingan & Samir Patham, both Everest climbers and the Founders of Adventure Pulse, a popular Indian Mountain Expedition Company. In addition to climbing Everest and several other summits around the world, they were actively involved and appreciated for their role in the rescue operation after surviving the Everest Avalanche in 2015 during their first attempt on Everest. They were joined on this expedition by two seasoned climbers Rahul Oak from Mumbai and Zeeba Khan Sajnani, at the age of 55 years, the oldest Indian to attempt this mountain and an Everest aspirant for 2023.

Though thwarted by bad weather at the beginning of the expedition, the team progressed up the Everest Valley to finally occupy the Amadablam Base Camp on the 16th of October where they met their Sherpa Climbing Team. After a few days spent acclimatizing to the terrain and waiting for favorable weather, they finally set off to establish their higher camps.

Popularly referred to as the ‘Matterhorn of the Himalayas’, this mountain is infamous for its technical and challenging sections of steep rock, snow and ice that need to be navigated with great care. Just days before their summit attempt, there had been several rescues in other teams related to frostbite as well as even one death on this mountain. Tragically, Mingma Wangdi Sherpa, who was part of the rope fixing team was found dead at Camp 3. The team of four climbers and four Sherpas ( Lakpa Sherpa, Norbu Sherpa, Dorje Sherpa, & Norbu M Sherpa) strategically made their way up the mountain to set up CAMP-2 on an exposed rock pinnacle at 6050mtrs and waited patiently. At midnight the team set off up the mountain and began navigating their way up a very treacherous ice face in extreme temperatures of -25 Degrees.

On the 23rd of October, 2022 at 8:45 am, Rahul Oak, Sauraj Jhingan and Samir Patham crested the final ridge to reach the summit of Amadablam, thus joining a handful of Indians who have been able to achieve this feat. Blessed with extremely good weather, the team captured amazing footage from the summit, of some of the largest mountains in the world including Everest, Lhotse and Makalu. After spending half an hour on the summit, the team began the dangerous business of descending from the summit safely.

As per the Himalayan Database ( https://www.himalayandatabase.com/), the most trusted source of information on Nepal Climbing expeditions, there are only 18 successful Indian summits of Amadablam. As per their records, this will be the first successful Indian Civilian Team to summit Amadablam. When asked about his experience, Sauraj said “This mountain appeared to be even more technical and difficult than Everest. At every step, you felt like you would end up plunging to your death if you weren’t careful”. Samir had this to add “Amadablam, is a mountain that truly tests you physically, mentally and emotionally. Would not recommend doing it ever again!”

Though Everest was first climbed in 1953, Amadablam was only climbed much later in 1961. This mountain was once described by Sir Edmund Hillary, as being “unclimbable,” due to her imposing sheer faces that rise out among the many Himalayan summits. He later led the First successful Amadablam expedition in 1961 where Mike Gill (NZ) and Wally Romanes (NZ) reached the top via the Southwest Ridge. This achievement by Rahul Oak, Sauraj Jhingan and Samir Patham is definitely a hallmark moment in Indian Mountaineering.

The post First Indian Civilian Team successfully summit Amadablam, the most technical Mountain in Nepal appeared first on OUR INDIA. 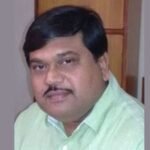 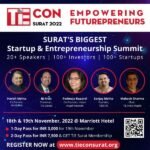