On Tuesday, Mamata Banerjee stepped up her criticism of the BJP-run Centre for withholding funds from the 100-day rural job programme while urging the general public to start an uprising against the Union government over the matter.

“If this continues (holding back funds under the MGNREGA), I should ask you to hit the streets with bows and arrows and dhamsa madol (traditional musical instruments of adivasis) and ask questions to the central government why Bengal is being denied dues… I will be standing with you,”

Political commentators argued that the chief minister’s remarks are significant for a number of reasons.
First off, this is the first time the chief minister has urged the general populace to protest the Centre since Delhi halted the distribution of payments under the plan in April on the grounds of financial mismanagement.
The people of the Jungle Mahal were the worst affected by the Center’s decision as many of them were heavily depended on the plan to earn a living, therefore she chose Jhargram, a tribal belt, to commence the attack against it. Third, Mamata has now placed the onus on the Centre, since the BJP was preparing to start a campaign alleging that Trinamul Congress leaders stole a percentage of the grants and that this is the only reason the money under the scheme were withheld.
“The chief minister has now decided to counterattack the Centre that was putting pressure on the Trinamul-led state government alleging funds were misappropriated. She has now decided to cite the plight of common people to counter the Centre. This will put the ruling party in Delhi under pressure as the saffron camp is also eyeing the rural polls to corner Trinamul,”

Administration sources claimed that the state government had already started a number of steps to ensure the proper execution of the plan to obtain the monies. However, after it appeared that all attempts had failed, the chief minister made the decision to work against the BJP.

Mamata further emphasised that her government has taken sufficient steps to guarantee finances for the programme.

“I had met the Prime Minister one year ago on this issue…. Now, should we fall at their feet? Getting funds under the scheme is our constitutional right.” 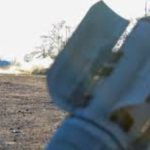