In order to check for vector-borne disease, health and civic officials were instructed to monitor hygiene. In places where dengue is on the rise, door-to-door visits have been mandated. In Kolkata, several teams have already been sent over to exterminate mosquitoes and investigate caseload reduction strategies.

The Principal Secretary for Urban Development and Municipal Affairs will shortly meet with the leaders of the urban local bodies to discuss the dengue situation in the state.

Together with the council members of urban local bodies with a high caseload, the DMs will go through the dengue prevention and control efforts. On Tuesday, 6,114 persons had dengue tests done, and 932 of them tested positive for the illness.

“The rate of transmission seems to have stabilised, with a little decrease in the test positivity rate. Larval density is also on the decline,” said Director of Health Service Dr Siddhartha Niyogi. The medical teams will visit the cities and regions of the four districts, said officials.

About 51,000 dengue cases have been reported in the state so far this year, Niyogi added.
The opposition has been criticising the administration for withholding “real data,” despite the fact that the government asserts that the situation is under control.

The post Meeting with DMs and health authorities from the 4 worst dengue-affected districts is held by the West Bengal Chief Secretary. appeared first on OUR INDIA. 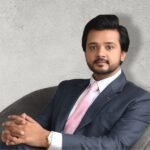