According to a university official, applicants for undergraduate admission to Presidency in the upcoming academic year would be accepted according on how well they performed in the entrance exams, which are anticipated to be held on May 20 and May 21.

Presidency University is bringing back its admissions examinations after a three-year hiatus, and prospective undergraduate students must now take them in order to be admitted rather than on the basis of their performance in the board exams. Due to the epidemic, the institution, which has always chosen students through admission tests, stopped doing so.

On May 21, the postgraduate admission tests, which will also be held again after a three-year hiatus, are most likely to take place.

The state Joint entrance examination (JEE) board, which has been administering entrance exams on behalf of the Presidency since 2015, will soon publish the date for writing the examinations on a particular undergraduate subject, according to a Presidency official.

An information pamphlet from the JEE board is anticipated to be released in January. Everything will be covered in the booklet, including the exact dates for a subject’s test, the eligibility requirements, and the deadlines for submitting online forms, the official said.

According to sources on campus, several centres would be established outside of Kolkata’s districts.

The Presidency Alumni Association had written to the education minister in May requesting that the admission examinations be “reinstated” in all departments through the JEE board since students had returned to campus and in-person exams had resumed so they wouldn’t be admitted based solely on board scores.

The post On May 20 and 21, 2023, the Presidency University undergraduate entrance exam will be held appeared first on OUR INDIA. 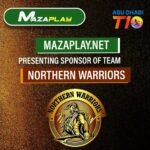 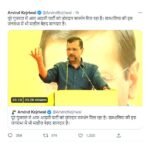