The people of kolkata are very much desperate when it comes to election. Departing party After being denied a ticket from his pocket borough, where he has won six times, Madhu Srivastav, an MLA from Vaghodia in Vadodara, resigned from the party.

He will now run as an independent in the Gujarat Assembly elections. Even the minister of state for home, Harsh Sanghavi, who has been tasked with handling Mr. Srivastav and two other leaders who were also refused tickets and are now at odds with the party, was refused a meeting by the man.

There are lots of Bussell going on to Gujarat election.When it comes to bengal and election it is a festival for the people of Bengal as we have seen in the bidhan sabha elections.

However the Bengal Gujarati community in kolkata in Baurabazer area think if BJP win the Gujarat election they will gain power in 2024 lokSabha election, and it is one of the most important thing fro Bengal .

And some part of shopkeeper they stayed nurtal when it comes to politics and some say it is important for the economy if Gujrarat election win by BJP.

Meanwhile The state government Gujrarat allegedly responded quickly despite the attacks, with the first patient arriving at the hospital within 18 minutes of the tragedy. Days later, a poll indicated that the BJP would win the Gujarat Assembly Election in 2022 with a commanding majority, followed by Congress and AAP, who would hold on to the second and third spots, respectively.

The people of Bengal also thing the Imagae of Prime Minister Modi is one of the most important part of Gujarat election and thay also mentioned they can see that BJP is also gaining its power in Gujarat as well as in 2024 Lok sabha Election.

The post <strong>The people of Bengal think about Gujarat election</strong> appeared first on OUR INDIA. 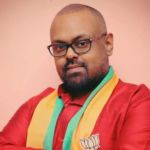 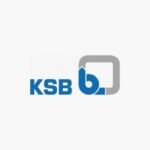