The Republicans have narrowly regained control of the US House of Representatives after days of anxiety. The party crossed the finish line with victory in California’s 27th Congressional district.

The midterm elections last week ushered in a split Congress. The GOP earned the 218th seat in the lower house of Congress, which was necessary to free the House from Democratic rule even while Democrats kept control of the Senate.

Though far from the anticipated “red wave”, Republicans gaining control of the House sets the stage for a showdown with Joe Biden in the next two years of his presidency.

McCarthy has been elected by rank-and-file Republicans to be their nominee to replace Democrat Nancy Pelosi as the next Speaker of the House. Biden congratulated McCarthy and offered to work with Republicans to deliver results for Americans.

“Last week’s elections demonstrated the strength and resilience of American democracy. There was a strong rejection of election deniers, political violence, and intimidation,” Biden said in a statement. “There was an emphatic statement that, in America, the will of the people prevails.”He added, that “the future is too promising to be trapped in political warfare.”

Conservatives must, however, adhere to their partisan platform. Democrats are preparing to look into Biden administration officials, the president’s son Hunter’s prior business deals with China and other nations, as well as Biden himself, in revenge for two impeachment attempts by them against Trump. Republicans may attempt to limit US economic and military assistance to Ukraine as it fights Russian forces on the global stage.

However, any measure supported by the Republicans in the House may very easily be defeated in the Senate, where the Democrats still hold the majority.

The GOP’s poor performance has led to discussion about what went wrong. Since the previous president sponsored candidates who were defeated in their elections, some in the party have blamed Donald Trump for the worse-than-expected result.

The post US midterm elections: Republicans win the House with a narrow majority, dealing a blow to Biden appeared first on OUR INDIA. 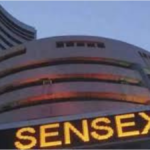 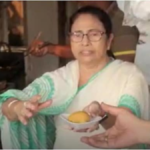