A bench led by Justice Arun Mishra is hearing the matter. On August 21, the court had reiterated its request for details spectrum shared by insolvent companies.

The SC had in October 2019 upheld the expanded definition of AGR as given by the Department of Telecommunications (DoT). > We are verifying if Insolvency and Bankruptcy Code (IBC) proceedings are subterfuge to escape paying AGR dues. Can an asset (spectrum) that does not belong to telecom companies be sold under IBC?

> Government should move to cancel license, spectrum if dues are being wiped out. If telcos are unwilling to pay, we will direct cancel of spectrum allocation. How else is DoT supposed to deal with such an issue?

> How can you sell somebody else’s property? This will allow for dues to be wiped out, new party will take over free of all encumbrances, liabilities. Wiping out of Govt dues in this fashion is not permissible.

> What is being proposed is like you renting out your house to a tenant, and the tenant selling your house under IBC.

> New person will take over the asset, free of encumbrances and liabilities.
Spectrum if cancelled will have to surrendered to DoT, may be auctioned for higher realization.

> Resolution plan is proposing for sale of right to use under trading guidelines. License agreement recognises spectrum as a security, can be monetized under IBC.

> Govt liability is not being wiped out because sale of spectrum, it is as per the IBC and status of DoT as operational creditor.

>  Government liability is not being wiped out because sale of spectrum, it is as per the IBC and status of DoT as operational creditor.

> Notion of security under IBC allows for sale of right to use spectrum. It is not for this court to decide, DoT can decide on sale of spectrum at the appropriate stage

>  At the stage of resolution applicant seeking DoT nod to sell, the applicant may provide for part payment and DoT may see commercial wisdom. There will be room for negotiation while seeking DoT nod.

> DoT has clarified that before 2016 there was no case of spectrum sharing. Spectrum trading between Jio-RCom is a small part of the total spectrum that was owned by RCom. No additional demand has been raised by the DoT against Jio, RCom. No AGR dues are attributable to the small fraction of total RCom spectrum sold.

> License agreement, certified by President, recognises Spectrum as a security. If spectrum not recognised as a security that can be monetised, why would banks lend a single rupee to telecom companies.

> Telecom companies do not have the cash reserves to purchase spectrum, operate without banks. Economy will face negative consequences if spectrum sale under IBC not allowed.

> Aircel – Airtel spectrum traded in June 2016. Airtel paid the entire price upfront, purchased it in auction. No claim against Airtel, no demand raised by DoT.

>  Have been paying all dues pending against Airtel since acquiring Videocon spectrum in May 2016. No demand raised for prior dues pertaining to the spectrum traded in May 2016.

Here’s a quick recap of the previous hearings:

>  On August 20 said it is worried that almost all of the AGR dues will be wiped out in the IBC process.

> On August 19, Senior advocate Harish Salve said RCom it will have to go into liquidation if spectrum sale is not permitted.

> On August 10, the court had asked the government to prepare a plan for recovery of dues from telecom companies under insolvency.

> When asked about payment due on spectrum bought from Reliance Communications (RCom), Jio said it has already paid the relevant Spectrum Usage Charges (SUC).

> Both Vodafone Idea and Bharti Airtel, which owe the maximum amounts, had on July 20 revised their demand from 20 years to 15 years for the staggered payments after SC’s stringent stance on payment period.

> The SC has made it clear that it will not permit any self-assessment by the companies or re-calculation, and the DoT’s assessment will be final. 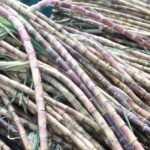 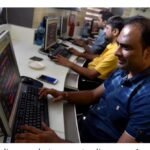