In order to realise its cement business plans, Adani Group is setting up a 5-MTPA cement plant in Maharashtra with an initial investment of upto ₹1,000 crore, sources in the know of the development said.

Adani Enterprises Limited (AEL), through its wholly-owned subsidiary Adani Cement Industries Limited has identified about 100-acres of land near Shahbaj village, in Alibag taluka of Raigad district near the coastal region of Maharashtra.
“About 25 acres of land has been acquired so far for the cement project, which will have an initial capacity of 5 Million tonnes per annum with an approximate investment of ₹900-1,000 crore,” the source told Bulls Wire.

Sources further informed that Adani will also have a captive jetty in the district to source fly ash and clinker besides other dry bulk cargo of raw materials required for the plant. The jetty will have a berth-head besides a conveyor line and mooring facility which will be connected to the plant site with an approach road, sources informed AEL had announced the incorporation of ACIL on June 11 at ROC, Ahmedabad with authorised share capital of ₹10 lakh and paid up share capital of ₹5 lakh to carry out the business as manufacturers, producers, processors of all types of cements.

Notably, Adani Group Chairman, Gautam Adani had earlier announced the group’s plans to foray into cement business. While announcing his ₹55,000-crore worth of investment plans during the Vibrant Gujarat Global Summit in Gandhinagar in January 2019, Adani had indicated to set up “a one million ton of Copper Smelting and Refining project, a Cement and Clinker manufacturing unit in Lakhpat.”

The proposed 10-million tonnes per annum Lakhpat cement plant has been on hold for some time. Adani Enterprises shares traded at ₹1,422 during early trades on BSE on Thursday, down by nearly 2 per cent over previous close. 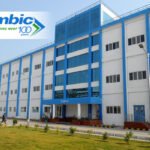