Sulekha Sasmal recalls the day her 10-year-old daughter passed away in front of her as she was being transported to a hospital on a stretcher. Sutapa was bitten by a snake twice in a matter of hours five years ago when she was resting in her parents’ semi-permanent mud home in the village of Nabin Manua in West Bengal’s Paschim Medinipur district.

According to the report of Indian Express“We heard her call out to us around 4 am. The first time the snake bit her, it didn’t wake her up. But the second time, she woke up and saw the snake slither away. We hadn’t realised that the snake had been hidden deep inside the mosquito nets covering the bed,” Sasmal says.

Sutapa’s parents drove her an hour from their village to the closest district hospital using a car they had borrowed from a relative. The district hospital advised transporting Sutapa to one in Kolkata, the largest city, about three hours away, where she would receive the treatment she needed because it was ill-equipped to handle a situation like Sutapa’s. Supata passed away, however, just as the ambulance was about to arrive at the Kolkata hospital’s entrance.

According to a recent study carried out by a consortium of academics from 22 nations, India is responsible for about 80% of all snakebite deaths with over 64,000 people dying each year, claims Dr. Soumyadeep Bhaumik, a public health specialist at the Georgia Institute for Global Health in India. According to the study, the biggest number of fatalities were reported in Uttar Pradesh, followed by Madhya Pradesh and Rajasthan. But experts assert that because of incidents that go unreported, the real numbers are probably higher.

“Deaths due to snakebites are very high in West Bengal as well, but they don’t get reported in hospitals and hence don’t feature on official lists,” says Dr. Dayal Bandhu Majumdar, an ophthalmologist by profession, who is among the state’s leading experts on snakebite treatment.

On October 19, the Directorate General of Health Services of the Ministry of Health & Family Welfare of India sent a notification to the National Health Mission state offices all throughout the country. The notice asked the offices to appoint a nodal officer in each state to be in charge of implementing the central government’s policy for preventing and controlling snakebite incidents. As part of this endeavour, the Indian government has funded training for treating snakebite sufferers in each state.

Snakebites have long been a serious tropical health issue and a neglected public health illness in many countries in the global south. So much so that in 2017, the WHO added it once more to its category A list of neglected tropical illnesses. In India, it is still not accepted as a condition that needs to be reported. This shows that despite being pervasive throughout the country, it is not legally recognised as a disease that needs to be reported to the relevant authorities. It is seen to be a problem that needs the state governments’ attention. It is not a matter of national concern, claims herpetologist Vishal Santra of West Bengal.

According to Dr. Majumdar, one reason why dengue and other comparable public health crises in India receive the attention they do is because they also have an effect on the nation’s urban population. “When even one dengue-related death happens in a city, people raise a fuss. But if you travel into Bengal’s interior, you’ll notice that many people die from snake bites without anyone raising a fuss on their behalf. We have 400 to 500 deaths a month just in West Bengal,” he claims.

According to Subrata Kumar Burai, a resident of the Daspur (Block II) hamlet in Paschim Medinipur district, practically all hospitals in rural West Bengal will see patients with snakebite cases from April to October, with one hospital admitting at least 50 victims in a single month. Burai works as the headmaster of Gomakpota Gunadhar Vidyamandir High School during the day, but he also serves as the village administrator for a local grassroots initiative to raise awareness of snake bites and how to treat them throughout the nearby villages.

“I show the presentations to people so that people don’t go to ojhas and there are fewer snake bite deaths,” Burai says. In villages across India, people turn to ojhas and gunil or traditional faith healers for medical treatment, especially because of a paucity of accessible medical health facilities and high medical costs when health centres are available.

He argues that as non-venomous snakes are more prevalent in India than venomous snakes, they account for the bulk of snake bites there. Even when dangerous snakes do bite a person, it’s likely that no venom was injected, therefore the patient didn’t feel the effects that are generally associated with venom. Santra says that 20% of cobra bites are dry bites, which is a very good percentage.

The peasants’ reliance on them is another factor contributing to the dependence on traditional faith healers. “An ojha will accommodate you no matter what time of day or night you visit his home, regardless of whether his method is successful or not, in contrast to doctors, who are infamous for turning away patients. Consequently, dependability is crucial for the community. Ojhas are unaware of how to treat a snakebite, he continues. At the Ghatal Sub Divisional Hospital in Paschim Medinipur, Dr. Madhusudan Bhowmik has been caring for patients with snake bites for more than three decades. Most people don’t take snake bites seriously, which is unfortunate. In rural areas, people mistakenly self-diagnose, stating that the snake that bit them was not venomous and hence did not require medical attention, leading to difficulties with their health. Thus, he claims, there is a lack of awareness.

They favour conventional faith healers when medical intervention is necessary. Faith healers promote their services on flyers and posters all across rural West Bengal and other regions of India, enticing patients to seek their care. “If a faith healer sees 100 patients, he or she will declare that one of them died while the other 99 survived. What they omit to mention is that the non-poisonous snakes that bit the 99 survivors, claims Dr. Bhowmik.

“We don’t have dialysis and ventilation machines required for snake bite treatments. In some cases, patients need dialysis machines and intensive care units. District and subdivision hospitals don’t have medical equipment required for treatment, forcing patients into hospitals in big urban centres. We have to send them to Kolkata and many die on the way,”

The Indian government hasn’t done nothing, according to sources consulted for this report, according to indianexpress.com The first stage of treatment, anti snake venom (ASV), is now readily available in every village health centre, which was not formerly the case in rural India. Anti-snake venom, however, is insufficient on its own. You also require additional tools, explains Dr. Bhowmik.

Medically significant snake species in the field of treating snake bites are those that dwell in developed habitats, or places where people live and exist. According to Santra, “the one that we consider a medically relevant species is a bite from a snake that will require medical attention.”

The “big four medically significant snakes,” according to the theory that four snake species in South Asia—the Russell’s viper, saw-scaled viper, spectacled cobra, and common krait—bite people the most in this region, discussions about them began several years ago in government and academic circles, he claims. Santra argues that this was not a valid scientific argument because these species are not present in northeast India, beginning with the Malda area of West Bengal. When developing action plans to address snake bites, scientists claim that a lack of attention to species distribution and genetic diversity among snakes renders control programmes ineffective.

The post 64,000 people die of snakebites each year All over India appeared first on OUR INDIA. 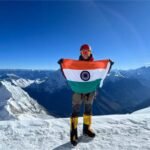