Prime Minister Modi’s visit to Arunachal Pradesh is being seen as a key step towards boosting connectivity in the Northeast region.

“In a key step to boost connectivity in the Northeast, Prime Minister will inaugurate first greenfield airport in Arunachal Pradesh – ‘Donyi Polo Airport, Itanagar’,” said a stated issued from PMO.

Developed at a cost of more than Rs 640 crore, the airport will improve connectivity and act as a catalyst for tourism and economic activities there.

With a 2300 m runway, the airport is suitable for all weather day operations. The airport terminal is a modern building, which promotes energy efficiency, renewable energy and recycling of resources.

During the visit to the Northeastern state, Prime Minister will also dedicate 600 MW Kameng Hydro Power Station to the nation.

Developed at a cost of more than Rs 8450 crore and in an area spread over more than 80 kilometres in the West Kameng District of Arunachal Pradesh, the project will make the state a power surplus state, also benefiting the National Grid in terms of grid stability and integration, the statement added.

The post Arunachal Pradesh: PM Modi to inaugurate first Greenfield airport near Itanagar on Nov 19 appeared first on OUR INDIA. 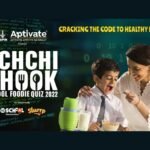