Given that controversial problems are now expected to be handled by the new government led by Prime Minister Rishi Sunak, the India-UK free trade deal may not be finalised until at least March of next year—well past the planned Diwali target. Both parties are under increasing strain, and Sunak is under pressure to make sure the accord supports the British economy, which is in trouble.

In the meantime, Sunil Barthwal, a new commerce secretary who assumed leadership last month, is in control in India as well. Analysts predicted that the Indian sector may make changes to a number of products, particularly in the alcoholic beverage and auto industries.

Prior before Diwali, the two parties were attempting to complete the agreement. However, they are reportedly not working to a deadline right now because they missed it because of the political unrest in the UK.

The delay also occurs in the wake of a draught agreement’s intellectual property chapter being leaked, which led international civil society to call on India to reject IP-related provisions.

They worry that the agreement would limit the development of generic medications by Indian producers, which are a lifeline for many developing nations. The leaked IP chapter, an official from India’s commerce ministry told Mint on Friday, is “distorted and modified intentionally” to cause confusion and delay the FTA.

“The UK has recently announced a cabinet, and it may want to do fresh consultation with the industry. Now that we have a new commerce secretary, the industry would want the new secretary to relook at certain terms of the deal, especially the auto and the liquor industry, which have expressed concerns over opening up the sectors,” said a commerce department official.

“In addition, there are Christmas holidays around the corner for the UK. Most importantly, we will have the Union budget in February, so it may take time. Signing a deal would happen after it has been cleared by the bureaucracy,” added the official.

Scotch whisky, for which India charges a 150% tariff, is one hotly debated topic.

Following the conversation with the Indian business, New Delhi reportedly proposed to reduce the tax on Scotch whisky from the current 150% to 100% in the first year and down to 50% in 10 years.

The UK, however, is pushing for a decrease to 75% when the accord takes effect and then to 30% over a three-year period. The Indian economy wants more access to the UK market for its products, particularly bulk whisky made in India.

As far as the pharma sector is concerned, he added, India expects good outcomes in terms of market access to the UK: “India is the topmost pharma exporter to the US and seventh to the UK. Through these negotiations, Indian pharma companies will get better access there.”

A UK government spokesperson said, “The UK and India are negotiating an ambitious free trade agreement that will boost our current trading relationship, already worth more than £24 billion ( ₹2.23 trillion) last year.

“We won’t comment on alleged leaks and will only sign when we have a deal that is fair, reciprocal and ultimately in the best interests of the British people and the economy.”

Pradeep S. Mehta, secretary-general of CUTS (Consumer Unity and Trust Society) International, said that the deal has linkages to the EU-India FTA deal because the European Union expects the same things offered to India and more.

The post AS Rishi Sunak settle in India UK FTA not likely before march appeared first on OUR INDIA. 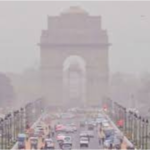