According to Rail Minister Ashwini Vaishnaw on Saturday, survey work is being done to begin bullet train services in this area. According to him, the high-speed rail corridor’s projected route will run via Greater Noida, Agra, Lucknow, Prayagraj, and Varanasi.

Vaishnaw, who is in Varanasi, also examined the Rajghat Bridge and Kashi station. Kashi station in the Varanasi area would be constructed for Rs 350 crore in order to boost economic activity. Vaishnaw urged journalists that it should be planned taking into account Kashi’s temple and spiritual traditions. He noted that plans are also being made for a connection between Kashi Station and air and maritime lines.

Vaishnaw stated that once the design is complete, work will begin with the prime minister’s assent. In the Lok Sabha, Modi is the representative for the Varanasi parliamentary district. Vaishnaw described the inland waterway as the prime minister’s idea and stated that it would take two to three years to build and that the jetty would be connected to Kashi station.

The Union minister announced during the inspection of Rajghat Bridge that a new bridge across the Ganga would be constructed with four railroad tracks and a six-lane roadway above.

The minister added that new trains would operate when new tracks were laid and that the Railways was laying rails at a rate of 12 kilometres per day.

The post Ashwini Vaishnaw says Survey work is set to start for bullet train in Varanasi appeared first on OUR INDIA. 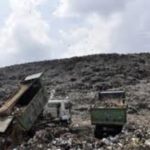