GUWAHATI, NOV 8: One person was killed in a suspected cylinder blast at in Kamalabari under Duliajan police station in upper Assam Dibrugarh on Tuesday.

The deceased have been identified as Rituraj Mech(25), resident of Da- Hukuta village in Duliajan.

Rituraj was the son Bulen Mech an ex-army personnel was working inside their outhouse godown while the blast took place.

“The blast was so powerful that parts of cylinder was found on the roof of a house 50 meter away. The deceased had worked for private farms engaging in Oil India Ltd. exploration survey works. He was working for a courier company,” a source said.

Meanwhile, senior police officials rushed to the spot and initiated an enquiry.

“We have registered a case of accidental death. However evidences are being collected thoroughly and will be sending them for forensic investigation,” said Additional Superintendent of Police(HQ) Bitul Chetia.

The post Assam: 1 killed in suspected cylinder blast in Duliajan appeared first on OUR INDIA. 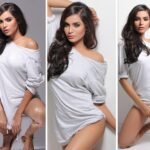 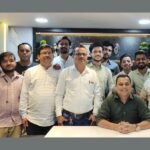