GUWAHATI, NOV 7: Soldiers of the Assam Rifles and 166 Territorial Army apprehended two persons from Dhaman Tinthengia in Tingkhong area of Dibrugarh district on Sunday night for possessing a .22 pistol with 4 rounds of live bullets. The duo who belong to the tea community were identified as Mileswar Kisan alias Sunil (38) and Shampad Cheruwa alias Rahul (30) of Salmari tea estate. They were handed over to the Tingkhong police station and were booked under section 25 (1) (a) of the Arms Act.

Dibrugarh Additional SP (Headquarters) Bitul Chetia said that interrogation of the duo were underway and added that they may have links with the All Adivasi National Liberation Army (AANLA) or Maoists elements in the state.

The All Adivasi National Liberation Army or AANLA that was formed in 2006 has an estimated strength of around 100 members from the state’s tea tribe community. However, the armed cadres of the outfit are estimated to be not more than 20.

The AANLA claims to be fighting to safeguard the tribal culture and rights of the plantation workers.Among its major demands include conferment of Scheduled Tribe (ST) status to the state’s Adivasi community and rehabilitation of the displaced members of its community.

The outfit primarily targets the major tea estates in the upper Assam belt for extortion purpose. Similarly there have been reports of Maoist rebels infiltrating into the tea garden areas of Assam.

The post Assam: 2 held with pistol in Dibrugarh appeared first on OUR INDIA. 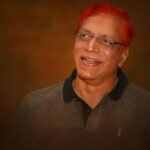