GUWAHATI, NOV 26: Two people were hospitalized after a rhino attack them at Assam’s Kaziranga National Park on Saturday.

The injured persons have been identified as Binod Saro and Jibo Saro.

Sources said a forest worker along with a labourer was injured in the attack.

They were admitted at Kohora Civil Hospital for further treatment.

According to information, the forest department rescued the injured and first admitted them to a hospital in Kahora and sent them back to Jorhat for better treatment.

Earlier in June, a woman was severely injured in a rhino attack near Hatikhuli Tea Estate situated on the periphery of Kaziranga National Park Assam. The victim was identified as Priya Chora.

In January 2021, a  forest department employee named Moheshwar Hazarika was killed in a rhino assault inside the Kaziranga National Park. 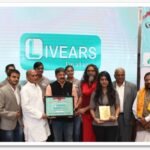