GUWAHATI, NOV 8: In a tragic incident, an Indian Army soldier died and four othere were injured in a road accident in Assam’s Tamulpur district on Monday.

According to reports, the accident took place when the army vehicle with five personnel on board was on the way from Narangi Cantonment in Guwahati to the Darranga Field Firing Range along the Indo-Bhutan bordere

“A tyre of the vehicle burst, leading to the accident, near Geruapar, about 10 kms from the headquarter town of Tamulpur. One of the jawans was killed, while the rest were injured,” Army spokeperson said.

The deceased jawan was identified as Lance Naik Prabin Tamang, a native of Darjeeling in West Bengal.

The injured soldiers were shifted by an Army helicopter to the Base Hospital in Guwahati and their conditions are stable, the spokesperson said. 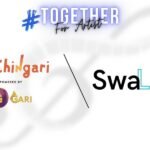