GUWAHATI, NOV 20: An awareness campaign organized by 3rd semester PR students of MA in Mass Communication, Centre For Studies in Journalism and Mass Communication, Dibrugarh University is organising an awareness campaign against child labour till 30th of November to create awareness and understanding amongst the public about the evils of child labour, where the first activity is a wall painting session which held in Thana Chariali, near Santipara railgate Dibrugarh on Saturday.

It was a day long program. The purpose of the campaign was to create awareness among people and help them to understand the impacts of child labour . Aditya Kumar Chatterjee,the secretary of NGO Bal Sakha was the guest of honour in this wall painting session.

Aditya Kumar Chatterjee in his remarks said, “Child labour is a black stain of a civil society. We call everyone irrespective of caste, religion, language to come together to abolish child labour and build a protected and better civilized society for our future generation.” The program was sponsored by VINTAGE STREET CAFÉ  and DU ADDA, Restaurant.

Child labour is a rising crime which forces small children to lost their childhood, stoping them from earn knowledge and their growth in every aspect i.e physically, socially and mentally. So steps like CSJMC has taken are utmost necessary.

The post Assam: Awareness campaign against Child Labour by Students of CSJMC, Dibrugarh University appeared first on OUR INDIA. 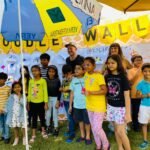 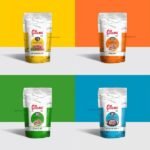