Police have already arrested three students who were found involved in the ragging incident and sent them to jail. Two are still absconding.

The arrested students have been identified as – Niraj Thakur, Simanta Hazarika and Pranjit Boruah.

It seems that Dibrugarh University authority is trying to save the warden.

“How could the warden gave permission to Rahul Chetri, former student and GS of Dibrugarh University to enter in PNGB hostel. The warden should be booked or suspend from his position,” a source said.

According to reports, Anand Sarma’s mother  Sarita Sharma has lodged a FIR at Dibrugarh Police station against the culprits allegedly involved in ragging and torturing her son mentally & physically, attempting to kill him, looting his money and snatching away his mobile, taking objectionable photographs by putting alcohol & weed in his hand with a conspiracy for their future defence.

It is also learnt that Anand Sarma has been complaining the University authority regarding his sufferings due to the ragging by some students.

He has given written complaint to the Warden of ‘C’ block of the “Padma Nath Gohain Baruah Chatra Nivas” (PNGBCN hostel) on 17th November, 2022 mentioning names of 10 students. 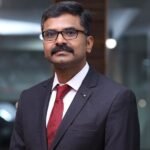 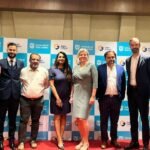