GUWAHATI, DEC 6:  In yet another major case of man – elephant conflict which has become a regular phenomenon in Assam, Bastav Borkotoky (34 years) the Beat Officer of Namrup range in eastern Assam’s Dibrugarh district was critically injured during an elephant attack at Kamargaon village in the wee hours on Tuesday.

DFO Sandeep of Dibrugarh Forest Division informed that the forest official was on duty with some other personnel of the department trying to chase away a herd of marauding elephants when he met with the accident.

“He has been rushed to a private nursing home in Dibrugarh where surgery is being performed,” the DFO said.

His condition is stated be under watch, doctors said.

It might be mentioned that earlier too another villager was trampled to death by elephants in the same village which falls under Namrup police station of the district.

Man-elephant conflict has been rising due to shrinking of forest covers. The elephant comes out from forest in search of food and enter into human habitation.

“The elephant comes out from Joypur reserve forest which is a habitat of elephant. The elephants enter in our village and destroyed our crops. We have informed the forest department about the matter. Due to less man power in forest department they faced due challenge to drive the elephant,” said a villager.

The post Assam:  Forest official injured in elephant attack in Dibrugarh appeared first on OUR INDIA. 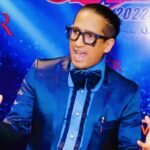 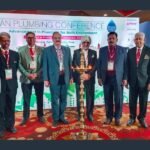