It is to be mentioned here that, the Assam government is also released the trailer of the documentary on Lachit Barphukhan.

The statue will be built at a cost of Rs 175 crore which is said to be Assam’s glorious tribute to the legendary General whose heroics had saved the state from falling into Mughal hands.

Further, the first screening of the documentary on Lachit Barphukhan will be shown on 23-25 November at Vigyan Bhawan, New Delhi.

Earlier Assam Chief Minister Himanta Biswa Sarma on November 17 appealed to the people of the state to light up earthen lamps at their homes on the occasion of Lachit Diwas on November 24.

Sarma urged the people of the state to lit earthen lamps in their homes coinciding with the 400 birth anniversary of the great warrior on Lachit Diwas on November 24.

The post <strong>Assam govt decides to built 125-foot bronze statue of Lachit Barphukan in Jorhat</strong> appeared first on OUR INDIA. 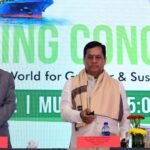 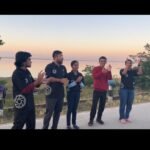