GUWAHATI, NOV 5: In a massive crackdown against drugs, the Guwahati police in Assam’s Kamrup district seized a huge quantity of illicit Yaba tablets from the outskrits of the city on Saturday.

According to police, the Yaba tablets valued over Rs 15 crore.

After getting specefic information, a police team led by Joint Commissioner of Police Partha Sarathi Mahanta launched an operation and intercepted a vehicle at Nazirakhat toll gate near Sonapur and recovered 60,000 Yaba tablets from the hidden chambers of the vehicle.

A person identified as Mohammad Ajmal Khan hailing from the Thoubal district in Manipur has  also been arrested along with the seized items.

On November 1, 2022, the Assam police seized a huge amount of heroin worth 5 crore which was allegedly coming from Mizoram in a four-wheeler vehicle during a combined operation conducted by the Police Stations namely Ratabari, Patharkandi, and RK Nagar of Karimganj district. 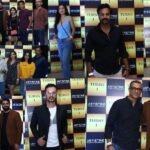 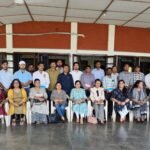