GUWAHATI, NOV 16: The journalists of Dibrugarh Press Club on Wednesday visited Raidang area under Balijan panchayat in Chabua revenue circle of Dibrugarh. They took stock of the erosion problem in the area.

On the occasion of National Press Day, the members of Dibrugarh press club organised an interaction programme with the affected people of Balijan panchayat.

For the last three months, massive erosion had engulfed many houses in the area. Many people in the area have become homeless.

“Before Durga puja, erosion started in our area and within a short span of time, huge hectares of our land was washed away by the Brahmaputra. Earlier, everything was good but erosion has changed our lives. Erosion started in 1988 and has gradually engulfed the entire area, stated Bipul Das, a resident of Raidang.

While expecting a permanent solution to the erosion problem, he alleged that huge anomalies has been going on in the name of geo-bags in the area.

“The erosion is posing serious threat to Balijan tea estate and its nearby areas. When Sarbananda Sonowal became the Chief Minister of Assam, we thought that our problem will be soon over as he is from our area but he failed to take any concrete steps,” alleged Hemsingh Suraj, who lost 19 bighas of his land due to erosion. 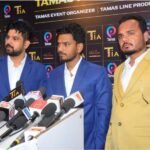 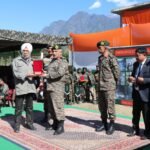