GUWAHATI, NOV 29: Dibrugarh University hostel warden Dibya Jyoti Dutta failed to take any step against ragging despite a complaint being made by ragging victim Anand Sharma.

A letter written by Anand Sharma, a MCom first semester student of Dibrugarh University went viral on Tuesday which was written on 17 November 2022 to PNGB warden. In the letter, he had urged the warden to take steps against ten senior students who were involved in ragging.

Sources said Dibrugarh University authorities  failed to take step against the students despite knowing everything.

When  things came to light on November 27, 2022, Dibrugarh University authorities tried to hide shortcomings and save the warden.

It was  learned that for the last three months, Anand Sharma(22) was the victim of ragging and faced physical and mental torture. Not only Anand, their are two more students who also faced the same torture in the name of ragging.

Speaking to this Correspondent, elder sister of Anand, Monisha Sharma said, “My brother is a victim of ragging for more than three months, he has been facing harasment from his seniors in PNGB hostel. His seniors mentally and physically tortured him regularly in the hostel. I have told the warden about the ragging incident but despite knowing everything he failed to take any step against the students.”

“When I told the warden about the ragging incident which was going on regularly with my brother. He told me to complain to the higher authorities. My brother had also filed complained to UGC. But no steps was taken against the senior students,” Monisha said.

She further said, “When the senior came to know that Anand is going to lodged compliant against them, they started harassing him regularly and threatened him that if he complained against them then they would make his life miserable and even  threatened to  kill him.”

“We have many hopes with Anand because he is a bright student from his childhood. We want Anand to pursue higher studies. Now, the future of Anand is in doldrum. We appeal to the government to take full responsibility of Anand and his future because he is the victim of ragging,” Monisha told the Sentinel.

Monisha further said, “We want best treatment for Anand and demand strict punishment for the culprits who were responsible for torturing my brother and  compelled him to take the drastic step.”

The incidents of ragging has been going on in all hostels of Dibrugarh University but the matter has been unreported.

Talking to the correspondent, Dibrugarh Deputy Commissioner Biswajit Pegu said they have  ordered an  magisterial enquiry regarding the ragging incident of Dibrugarh University.

The post <strong>Assam: Lax attitude of Dibrugarh University against Ragging</strong> appeared first on OUR INDIA. 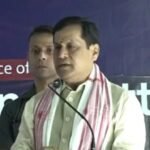 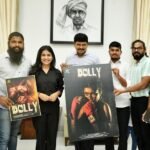