GUWAHATI, NOV 22: The Assam government has ordered a judicial inquiry into the firing incident incident on Tuesday which claimed six lives including one forest guard from the state.

According to reports, a forest guard from Assam who was killed in the clash has been identified as Bidya Singh Lekhte.

While addressing the media Meghalaya chief minister Conard Sangma said, “I have spoken to the Assam CM, our discussion was very brief and has assured that whatever can be done by the Assam government and whatever cooperation is required the Assam CM will give his support”.

According to reports,  tension flared up on Tuesday(Nov 22) in West Karbi Anglong when Assam police and a team of forest officials gave a hot chase to a smuggled timber-laden truck after being intercepted by the forest guards. Following the chase, the team entered Mukroh village, West Jaintia Hills in Meghalaya, bordering Karbi Anglong district of Assam.

Sources said a huge crowd allegedly gheraoed the police team holding sharp weapons in their hands. The police team then allegedly opened fire in self-defence in which 6 people have been reported dead including one Assam forest guard.

A retired Gauhati High Court judge will be conducting the enquiry into the firing incident.

Meanwhile,  the Central Reserve Police Force have been deployed outside Assam House in Shillong to prevent any untoward incident. 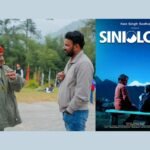 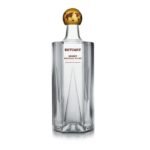