The deceased has been identified as Minjula Khatun and Minajul Haque of Dudhnoi.

According to locals, both were sleeping when wild elephant trampled them to death. Minjula was the mother of 4-years-old Minajul.

It is to be noted that for last several months, herds of wild elephants have been creating havoc in Dudhnoi Krishnai and Rangjuli forests. Incidents of man-elephant conflict have become regular problem for the residents of the area.

“After the Gauhati High Court order for creating a task force to stop human-elephnat conflict, why the forest department failed to create the special force, which is fully equiped to stop the conflict between human-elephnat,” alleged a local resident.

“A wild elephant comes out from forest area and trampled both of them to death. It was am unfortunate incident. We have sent the bodies for postmortem. Both were sleeping when the incident occurred,” said a forest official.

The post <strong>Assam: Mother, son trampled to death by wild jumbo in Goalpara</strong> appeared first on OUR INDIA. 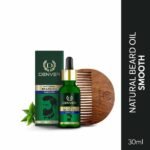 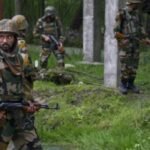