GUWAHATI, NOV 23: The Assam police on Tuesday arrested one person from Assam’s Nagaon district on suspicion of being associated with the Ansarullah Bangla terrorist organisaton.

The person have be en identified as  Abul Bashar of Juria’s Kathalguti area.

It is to be mentioned here that Bashar was also previously detained by the NIA for interrogation while studying at a madrasa in Uttar Pradesh.

The interrogation is currently underway at the Nagaon Superintendent of Police’s office.

Earlier, two teachers (Maulanas) of Islamia Madrasa in Swadhin Bazar in Cachar have been detained by the Cachar police at night for allegedly teaching Jihadi in the madrasa.

The headmaster of the madrasa, Abul Hussain, and assistant teacher Dilbar Hussain, was detained at the madrasa.

This comes after a 14-year-old student on November 15 lodged an FIR against two Maulanas for allegedly imparting Jihadi education in Madrasa in the Cachar district of Assam.

The Assam police have started a masive operation against the Jihadi groups which are active in Assam and trying to spread their wings  in the char areas of Assam.

The police have also started search operation against the Madrassas which they suspected to be linked with jihadi groups.

The post Assam: One person linked with Ansarullah Bangla terrorist group arrested in Nagaon appeared first on OUR INDIA. 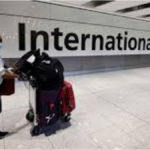