GUWAHATI, DEC 1: Anand Sharma, the Dibrugarh University ragging victim underwent a critical surgery of his spine at a private hospital in Dibrugarh on Thursday.

A 5-member team of doctors led by neurosurgeon Dr Anil Pannalal carried out the 3-hour long successful operation.  Doctors attending on Anand Sharma had earlier said that an immediate surgery was needed to help him walk again as his spine had suffered multiple fractures.

Ahead of his operation on Thursday a large crowd gathered in the hospital premises praying for his successful surgery and complete recovery. Anand Sharma’s parents and family members were also present outside the operation theatre praying for him.

“The operation was successful. The entire procedure took around 3 hours. The broken spinal parts which were compressing the nerves were successfully removed. Titanium plates and screws were used to fix the broken spine. An x-ray will be carried out tomorrow and the day after he will be asked to sit on his own. Doctors are hopeful that he will be able to walk within a week,” said Dr Nirmal Sahewalla, the proprietor of the private hospital after the completion of the operation.

On the other hand, Dibrugarh police on Thursday arrested another accused identified as Dibyajyoti Gogoi.

Dibrugarh Additional SP(HQ) Bitul Chetia said, “We have arrested another accused in connection with ragging incident of Dibrugarh University. Two more accused are still absconding but we have alerted everyone to help us to nab both of them. Rahul Chetri and Kalyan Dutta are still absconding.”

On the other hand, Dibrugarh police have interrogated five wardens of Dibrugarh University on Wednesday into the ragging incident. 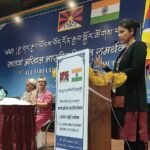 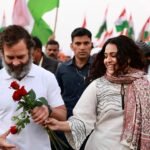