The BJP and the Congress have alternately held office in the swing state of Himachal Pradesh. Here are several reasons why the state of west Himachal must be won by both political parties.

Since 1990, the Bharatiya Janata Party (BJP) and the Congress have alternated as the dominant parties in the state of Himachal Pradesh. Both in states where the BJP is a major force and in states where it is a minor one, many historical election trends have shifted recently. It might be brought on by the saffron party’s dominance and the decline of Congress.

The BJP has been successful in altering the pattern in Uttarakhand. On the other hand, the Left Democratic Front (LDF) maintained power in Kerala, defying historical norms. It occurred in both circumstances as a result of Congress’ underwhelming performance. What does that indicate about the Himachal Pradesh election then? Will the state keep switching allegiances every five years between the BJP and the Congress, or will the current pattern reverse like it did in Kerala and Uttarakhand?

Depending on how each party has performed in the two areas, both parties’ fortunes in Himachal can change. West and east Himachal have historically been strongholds for the BJP and Congress, respectively. Holding its ground in west Himachal, a swing zone where the side with an advantage typically prevails, is essential for the BJP to maintain power.Due in large part to veteran leaders like Yashwant Singh Parmar, Thakur Ram Lal, and Virbhadra Singh, the Hills have historically been a bastion of the Congress party. We looked at the state’s electoral results since 1990 and discovered that, regardless of how well it did elsewhere in the state, Congress consistently won the most votes in the east.

Except for 2007, when the BJP received 1% more votes than the Congress, the former has always won this election. Due in part to the Schedule Castes and Schedule Tribes (who together make approximately one-fourth of the state’s population), the Congress is strong in the east. Fewer than 30% of the electorate in the state are both of them.Contrary to the east, the west has traditionally been a stronghold for the BJP, with the party routinely obtaining approximately 40% of the vote regardless of overall success or defeat.

One of the causes of this is that west Himachal experienced substantially less development before 1990, the year the Congress took control of the state. People there developed animosity as a result of the party’s neglect, and the BJP was effective in capitalising on that.

Why West Himachal holds the key to Shimla?

Despite being a BJP stronghold, the west also boasts a sizable voter base for the opposition party. But it’s interesting to notice that everytime Congress in this region has lagged behind the BJP, it has lost. Therefore, Congress must outperform the saffron party in west Himachal for the state to experience a change of government.

It is commonly known that Himachal Pradesh is a swing state, or at least has been since 1990. And this action takes place in the west. It would therefore be important to monitor how the BJP and Congress fare in this area. The outcome of the west Himachal election will probably determine the state’s destiny.

The post Assembly elections 2022: The route to Shimla passes through West Himachal appeared first on OUR INDIA. 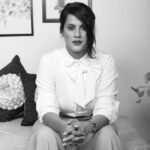