A sub-inspector of police and two civic volunteers were allegedly beaten with bricks by the family of a young couple on Monday night in the Gopalpur-Sardarpara neighbourhood of Canning, South 24-Parganas.

With the assistance of neighbourhood people, SI Sukrankar Saha and two civic volunteers were rescued and sent to the Canning subdivisional hospital.

Two people have been detained by police. Among those detained is Sanjoy Mandal, the Trinamul Congress booth committee president who is accused of encouraging the locals to attack the police.

After learning of child marriage from police sources, a team comprising Canning police officers and members of a social group hurried to Sardarpara.

“We learned that a man named Subrata Sardar had arranged for his 17-year-old son to wed a young woman from the village of Nikarighata. We also discovered that Sardar used his political influence to stay out of trouble, a police officer said.

But as soon as we got there, we told them to call off the wedding. The bride and groom’s family members became enraged by this and attacked us right away,” the officer claimed.

According to local sources, the couple’s family members provoked the neighborhood’s citizens and attacked the police team with bricks and sticks. Prior to it, they assisted the couple in escaping the area.

The post Attack on police in an effort to prevent child marriage appeared first on OUR INDIA. 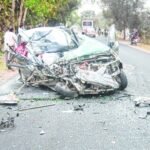 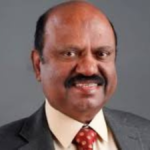