The next meeting, which will occur following the T20 World Cup 2022 currently taking place in Australia, will also cover the role of the West Zone representative on the all-India senior selection committee for the men.
Sourav Ganguly was replaced as BCCI president on October 18 by the former Indian all-rounder Binny.

During his time in office, Ganguly planted the seeds for the first women’s IPL and announced that the competition will begin in March of 2023, before the men’s IPL began. Although the organisation is still up for debate, the event received much-needed approval at one of the annual general meetings (AGM).

The first women’s IPL is scheduled to feature five teams, but it has not yet been decided how they would be divided into categories. Speaking about it, Binny stated that the next meeting following the current ICC tournament would include a full update on the women’s IPL.

“Everything is in place. We have just not yet finalised how things are going to be. That (how the teams will be divided) is also being discussed. We have not yet decided on it. It will have to come up in the next meeting,” Binny was quoted as saying by the New Indian express.

Chetan Sharma  to be discussed in AGM

Chetan Sharma, the national selector, has come under fire for keeping several players out of the India squad that would be travelling to New Zealand and Bangladesh in the near future. Another hot topic is the lack of a West Zone representation on the selection committee; Binny said the issue would be covered in more detail at the following meeting.

“In the next meeting, we will sit down and discuss this. After the World Cup finishes, we will have the meeting,”

The post BCCI is all set structure of women’s IPL appeared first on OUR INDIA. 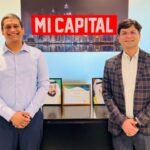 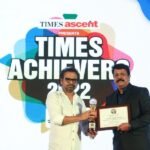