Manish Sisodia criticised the BJP throughout the campaign and asserted that Chandni Chowk is not only the pride of Delhi but also an important aspect of the city’s economy, giving thousands of residents of Delhi a job. Despite this, the BJP has just robbed the local businessmen of their facilities and services. Sometimes, the BJP continues to extort traders by using licences, conversion fees, and other tactics. Chandni Chowk and its prestige have only been damaged by the BJP during the past 15 years. They have piled up junk throughout the entire market. BJP just kept working, believing that its job was to clean pockets, and it continued to clean the pockets of regular people and businesspeople for 15 years without realising that its job was to clean waste.

Sisodia continued, “Arvind Kejriwal reconstructed Chandni Chowk and brought it back to its previous splendour, but even during this attempt, the BJP tried to obstruct the work being done frequently. Chandni Chowk would be ten times better than it is now if Kejriwal’s government had been in power in MCD.

He claimed that the AAP administration has specific beautifying plans for Chandni Chowl and is attempting to improve it.

“CM Arvind Kejriwal has created a thorough plan to enhance Chandni Chowk and its surroundings over the course of two phases. On December 7, the electorate in MCD also chose to elect an AAP government. After that, we’ll revamp the remaining parts of Chandni Chowk to give the market a fresh look. The pride of our nation, Chandni Chowk, will be restored to its former splendour by being made more beautiful, according to Sisodia.

Also Read: AAP calls for a “double-engine” government in Delhi in MCD polls

Raghav Chadha added, “A government that serves the common man will be formed. The BJP is going to be wiped out of the MCD. The BJP only harassed the populace while in power in the MCD, stole from them, and desecrated the capital by littering the entire city. But now that the Aam Aadmi Party is in power, the populace will be freed from the BJP’s mistakes and garbage. This time, the electorate will choose the councillor candidate for CM Arvind Kejriwal in their ward and the Kejriwal administration in the MCD. 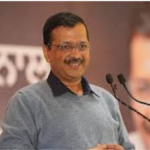