In connection with an inquiry into the Rs 1 crore lottery jackpot allegedly won by Trinamool Congress district president Anubrata Mondal last year, a CBI team visited a lottery shop in Bolpur of the Birbhum district on Friday.

The team spoke with the personnel and requested that they bring the necessary paperwork to the agency office. Owner of Rahul Lottery Agency Sheikh Ainul was then invited to the CBI camp office, where he arrived with paperwork. According to reports, in January of last year, Mondal won a lottery win worth Rs 1 crore. In August, the CBI detained him as part of an investigation into a case of livestock smuggling.

Bapi Gangopadhyay, another Bolpur lottery ticket seller who was called in by the CBI on Wednesday for questioning, was taken to the Nizam Palace office.

“There is a good likelihood that the cattle smuggling proceeds utilised to fund the lotto operation were illicit funds. We are looking into the situation. We are speaking with a number of folks, a CBI representative stated. At its Delhi headquarters on Wednesday, the Enforcement Directorate (ED), which is looking into the cattle smuggling case’s financial trail, questioned Mondal’s daughter Sukanya. 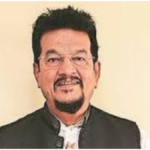 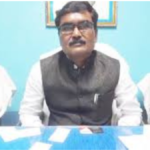