For the state leg of the Bharat Jodo Yatra, which will start on December 28—the party’s founding day—the Bengal section of the Congress has planned an 800 kilometre route.

The march will begin at Kapil Muni Ashram in Gangasagar and end at Kalimpong, according to Pradip Bhattacharya, the party MP who is in charge of the committee formed to organise the Yatra in Bengal, who spoke to The Telegraph.

The Bharat Jodo Yatra, which is being led by Congressman Rahul Gandhi, began on September 7 in Kanyakumari, Tamil Nadu, and will travel 3,570 kilometres over 150 days to reach Kashmir. Madhya Pradesh is now being traversed by the Yatra.

Initially, according to sources, the party had no plans to organise scaled-down versions of similar Yatras in the states not included in Gandhi’s nationwide march. However, according to reports, the Congress was emboldened to resolve to ban such smaller Yatras by the rally’s popularity in the southern states. State-specific Yatras, according to Congress’ chief of communications Jairam Ramesh, have always been a component of the party’s strategy.

Bengal Congress leaders were tasked by the AICC with organising the Bengal chapter of the Yatra.

“Our party has plans for this yatra. A large number of Bengalis have participated in the countrywide yatra to support Rahul Gandhi’s request. We have chosen to stage a similar march in Bengal even though the national rally won’t pass through the state, state Congress chairman Adhir Chowdhury told The Telegraph.

The regional Yatra will begin in the South 24-Parganas region and travel via the North 24-Parganas, Calcutta, the twin Midnapores, Nadia, Murshidabad, Malda, and the twin Dinajpurs before coming to an end in Kalimpong. The Yatra should be completed in 55 days, at the very least. On December 28, Chowdhury will signal the start of the yatra and accompany it while it passes through his neighbourhood of Murshidabad, but he won’t be present for the full journey.

A portion of the party feels optimistic about the Yatra’s success. They believe that in minority-dominated areas that were once its bastion but were taken by the Trinamul in the 2021 Assembly elections, India’s grand old party has experienced some resurgence. These sources claim that the minority population has become uneasy due to Trinamul’s alleged corruption and the arrests of its leaders and ministers.

“Even though we didn’t win a seat in the 2021 Assembly elections, we’ve noticed that the turnout at our rallies is growing. We anticipate a large attendance for the Bengal phase of the Yatra, particularly in areas like Murshidabad, Malda, and North Dinajpur, according to a source. Although Chowdhury represents Murshidabad, Malda has been a stronghold for the party since the days of A.B.A. Ghani Khan Chowdhury, a former union minister.

Early in October, Ali Imran Ramz, alias Victor, a former MLA for the Forward Bloc, joined the Congress. He is from North Dinajpur and is giving the district’s party optimism.

Yet another group within the party is doubtful. The largest issue, according to the leaders of this group, is the absence of a national icon like Gandhi who might draw a throng and entice them to attend the demonstration. 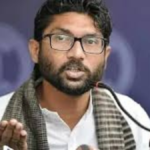