Mumbai, Maharashtra, November 29: The CSR activities of Dadasaheb Phalke International Film Festival are testament to a philanthropic spirit that endeavours to give back to society. The Food Distribution Campaign is part of a tenfold CSR approach for the year which aided in combatting global crises such as climate change, sanitation, and starvation. The activity took place on Monday, 28th of November, at a BMC school in Goregaon East, Mumbai with the immense support of Actress Manisha Koirala.

Manisha Koirala expressed on the occasion, “It was a heart-warming experience for me to witness thousands of underprivileged students being fed with so much care & affection.”

Economic challenges that cause destitution in society are forces which are difficult to reverse. Nonetheless, every effort counts. DPIFF has been at the helm of the sustainability movement for years now, leading environmental and social campaigns with an arsenal of CSR activities that make real impacts each year. With the “We For World Foundation” registered under Niti Aayog, the team implemented a Food Distribution Campaign which provided mid-day meal to the children. For the purpose of food safety and hygiene, the packs were arranged by ISKCON and further distributed to 1000 underprivileged students of BMC school.

To mark 75 years of Independence earlier in 2022, Team DPIFF had pledged and successfully carried out a campaign that distributed the basic necessity of food grains to the homeless. Additionally, the organisation, together with Organic India, had felicitated the top five organic farmers with Dharti Mitra Awards at the Dadasaheb Phalke International Film Festival Awards 2022. The initiatives in the past have never failed to leave their mark, and have been duly appreciated by Hon’ble Prime Minister of India Shri Narendra Modi Ji and Home Minister Shri Amit Shah Ji.

Every year, DPIFF comes up with activities geared towards spreading awareness about environmental and social issues. The platform is notable in the world of cinema for carrying on the legacy of Shri Dadasaheb Phalke Ji, whose filmmaking was rooted in the traditions of unity, family and harmony. In the same way, Dadasaheb Phalke International Film Festival Awards also strives to unite the populace to create a brighter future for the planet which we all call home.

The Food Distribution Campaign was attended by Actress Manisha Koirala, Anil Mishra – MD of DPIFF, Abhishek Mishra – CEO of DPIFF, Brand Representatives from Amway, Prestige and Haldiram’s alongwith other dignitaries who wished to unite in order to strive towards a brighter future. 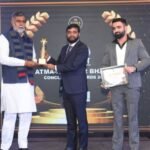 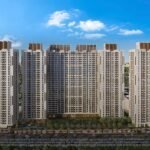