Primary schools in Delhi will be closed beginning on Saturday, November 5, until the city’s air quality improves, according to Delhi Chief Minister Arvind Kejriwal. His declaration follows the Delhi BJP’s call for the national capital’s schools to be closed due to the extreme air pollution.

CM Kejriwal stated, “We are closing outdoor sporting activities for pupils above Class 5 students,” when discussing anti-pollution efforts. There is also consideration of bringing back the odd-even scheme, he continued.

Delhi’s primary schools will no longer meet on Saturdays, and an odd-even schedule may be considered: Press Trust of India (@PTI News), November 4, 2022. “CM Kejriwal on Anti-Pollution Curbs”.

Regarding the burning of stubble, Kejriwal stated, “The Punjab government is to blame for stubble burning. By the next year, it will have considerably decreased in the state.

Kejriwal claimed during a press conference with Punjab chief minister Bhagwant Mann that farmers could not be held accountable for the polluting farming methods. The Punjab government, which is governed by the AAP, accepts responsibility for stubble burning and the pollution it generates, he continued.

“Hopefully, by next year, we will take many harsh steps. We will align with farmers to reduce farm fires,” said Kejriwal. He added that the centre should intervene and take responsibility for the bad air quality in Delhi.

The capital’s air quality index was on the verge of the “severe plus” category on Thursday due to raging farm fires and stagnant atmospheric conditions, leading officials to implement the final phase of anti-pollution regulations, including a ban on diesel-powered light motor vehicles.
Delhi’s Air Index has surpassed 450, showing the severity of the situation there.
Alarmingly, Delhi is entirely located in the Red Zone.

The post Delhi CM Kejriwal said Primary schools in Delhi to be remain closed from tomorrow till air quality imrpoves appeared first on OUR INDIA. 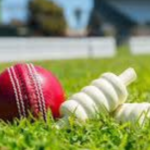