Just before the Gujarat election, the party’s new leader Mallikarjun Kharge delivered a new scandal for the party by criticising Prime Minister Narendra Modi with a “Ravan” reference, days after the latter responded to a Congress leader’s “aukat” remark.
Mr. Kharge has been constantly accused by the BJP of “insulting Gujarat’s son.”

In advance of the elections next month, Mr. Kharge made the remarks while speaking at a rally in Ahmedabad.

“The prime minister is Modi ji. He continues to campaign everywhere, forgetting about his job, in elections for MPs, MLAs, and corporations. He often talks about himself, saying things like, “You don’t need to see anyone else; just look at Modi and vote.” How often do we get to see your face? How many different forms are there? Do you own 100 heads, as Ravan does?” The audience laughed and applauded Mr. Kharge’s statement.

According to the head of the Congress, candidates always ask for votes in the name of Prime Minister Modi.

“Mallikarjun Kharge, national president of the Congress party, loses his temper and refers to Prime Minister Narendra Modi as “Ravan” because he is unable to handle the pressure of the Gujarat election and has been marginalised. Congress has continued to disparage Gujarat and its son with songs like “Maut ka Saudagar” and “Ravan,” “wrote Mr. Malviya. The tweet made reference to the contentious “Maut ka Saudagar (merchant of death)” remark made by former Congress president Sonia Gandhi during the 2007 Gujarat election, which targeted PM Modi, who was the Chief Minister, for the 2002 riots.

Gujarat will hold elections on December 1 and December 5, with results being announced on December 8.

The post “Do You Have 100 Heads Like Ravan?” Row Over Congress Chief’s Remark On PM appeared first on OUR INDIA. 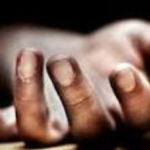