Eknath Shinde, the chief minister of Maharashtra, claimed on Friday that he attempted to persuade Uddhav Thackeray to join the BJP because the saffron party was the obvious ally for the Sena. Uddhav Thackeray dissolved his alliance with the BJP following the 2019 elections and established a government with support from the Congress and NCP.

According to the report Delivering the keynote address at India Today Group’s premier thought event, the Conclave, in Mumbai, Chief Minister Shinde said, “”How it happened, why it happened, everyone in Maharashtra knows. This was not to gain anything or become the chief minister. We [Shiv Sena] fought the election with the BJP and the mandate was for a BJP-Shiv Sena government. But against the wishes of the people, the MVA government was formed in 2020. There was resistance from our MLAs.”

People who elect MLAs want work to be done in their constituency and development to happen. But unfortunately, they were not able to do that. Sena MLAs could not fulfil the expectations of people. Despite our government in the state, our workers were not getting justice. Many of us tried, I tried [to convince Uddhav Thackeray], but we were not able to achieve that,”

After the Maha Vikas Aghadi (MVA) administration of the Shiv Sena, NCP, and Congress fell in June of this year, Eknath Shinde took over as prime minister. Shortly after the Supreme Court declared that Uddhav Thackeray must demonstrate his majority, he resigned as the Chief Minister of Maharashtra. In the wake of a Shinde-led uprising that took place in three BJP-ruled states—Gujarat, Assam, and Goa—the Shiv Sena chairman was reduced to just 13 MLAs.

“Jo hona tha, ho gaya. We have done nothing wrong. It was the people’s mandate that the BJP-Shiv Sena natural alliance form government in Maharashtra. Balasaheb wanted the same,” Chief Minister Eknath Shinde said at the India Today Conclave.

The post Eknath Shinde said I tried to convince Uddhav Thackeray to tie -up with BJP appeared first on OUR INDIA. 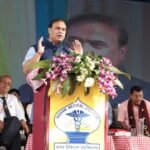 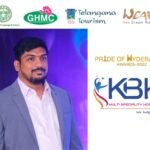