Among the five persons nabbed on Thursday for allegedly kidnapping two employees of a foreign exchange company on Wednesday and robbing them of Rs 33,30,000 while under the jurisdiction of Kolkata’s Ekbalpore police station were two constables and a civic volunteer, according to the police.

The cops said that they were acting on Md.
A complaint was made against Arbaaz, a resident of Kolkata’s port district, under sections 342 (wrongful imprisonment), 365 (abduction), 120B (criminal conspiracy), and 394 (voluntarily causing pain while committing robbery) of the IPC.

Constables Pravat Bera, Swapan Kumar Biswas, and civic volunteer Toton Sheikh were allegedly found to have been directly involved in the crime during the course of the investigation. As a result, they were all arrested. Based on the statements of the other two accused, Ashraf Illahi, alias Saif, alias Ayan, and Akbar Hossain, alias Rabi, they were also taken into custody, and the cash was seized from.

The post Five persons including Civic two constables and a civic volunteer, were arrested Thursday for allegedly abducting two employees appeared first on OUR INDIA. 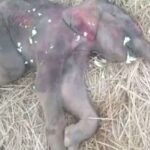