“The festival of democracy has been celebrated with great pomp by the people of Gujarat, Himachal Pradesh and Delhi. I want to thank the people of the country. I also want to congratulate Election Commission for conducting elections peacefully,” PM Modi said while speaking to reporters after casting his vote.(PTI)

The second and final round of Gujarat assembly elections is underway, with voters casting ballots for 93 assembly seats.

Earlierr today, he urged the people of the state to vote in large numbers. The voting began at 8 am today and will continue till 5 pm. “Urging all those who are voting in Phase 2 of the Gujarat elections, particularly the young voters and women voters to vote in large numbers. I will be casting my vote in Ahmedabad at around 9am,” PM Modi tweeted.

Cast my vote in Ahmedabad. Urging all those voting today to turnout in record numbers and vote. pic.twitter.com/m0X16uCtjA 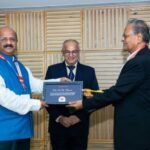 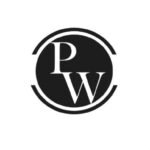