A 17-year-old girl from the North 24-Parganas district who was about to be trafficked but was saved from a train station is now speaking to young women in her area to help them avoid making the same mistakes she did. In order to help survivors restore their confidence, she is also counselling them.

The teenager used her phone to take online classes for the pandemic and had made a friend with him online.

The girl, who was from a rural village, left her house in January 2021 on the advice of her “online friend,” travelling around 100 km by public transportation.

She was saved because, despite being instructed to do so, she had not turned off her phone. According to an employee of an NGO, authorities were able to find her whereabouts by using her phone’s location.

According to her interview with The Telegraph, “I use my example to talk to young girls about how I had fallen into a trap thinking I would have a better life than the one I was leading in poverty in my village.

She was shunned by her neighbours and several of her friends when she got home because they wouldn’t talk to her.

“I was made to feel unwanted, so I had to stop going to school. My pals were avoiding me in some cases. The student from Class XII added, “It was a difficult phase.

The girl was eventually able to change her life thanks to counselling sessions and assistance from the NGO Kolkata Mary Ward Social Centre (KMWSC).

Because she is one of them, many vulnerable girls may identify with her, according to a representative of the NGO.

I tell the girls that my parents were also responsible for the ostracism, remorse, and shame I was made to experience, she said.

Her phone was initially taken away after she got home, and her parents did not have faith in her.

She gradually regained their respect.

An NGO employee claimed that during the last two years of the pandemic, phone use in the villages skyrocketed and that these devices were used to entice young females via various social media platforms.

“This guy would exhibit interest in all of my posts on both of my social media accounts, which I had. I made friends with him in this way, the girl explained.

According to those who work with them, the phase after the girls come home is challenging because they are made to feel guilty.

“For trafficking victims, the issue is that others find them awkward to socialise with. Those who have been trafficked and saved experience anxiety and are unable to socialise. In order to assist them develop their confidence, we must collaborate with them, according to KMWSC director Sister Monica Suchiang.

According to Nabanita Shome, programme lead for protection and prevention at KMWSC, the counselling sessions assist the women understand that they are not the only survivors and that there are others out there who have gone through similar things.

“The counselling deals with the self-doubt that many of these ladies feel. This girl’s transformation was challenging, but she was able to move past her mistakes and has shown a lot of promise,” stated Shome.

Bicyclist lost in accident
On Red Road on Sunday night, a tow vehicle is thought to have collided with a motorcycle, killing a 40-year-old rider.

Amaresh Kumar Singh, a resident of Tiljala, was transported to SSKM Hospital with numerous wounds before being pronounced dead, according to the police.

The police have detained both the car and its driver. has been seized.

The post Having been rescued from slavery, the North 24 Parganas girl became a counselor. appeared first on OUR INDIA. 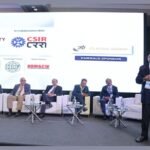