157 polling stations in Himachal being managed by women staff

“As many as 157 polling stations across the state are such that are being managed solely by women staff. In Hamirpur district, a crèche facility has also been made available so that those who come with children don’t have to face any issue,” said CEC Rajiv Kumar.

We are confident that Double-engine govt will come back: Union Minister Anurag Thakur

“We’re contesting under the leadership of CM Jairam Thakur. Himachal Govt did good work under his leadership for 5 yrs. So, we’re confident that the people will bless us once again so that the double-engine govt comes back,” said Union Minister Anurag Thakur after casting his vote.

Overall Himachal Pradesh turnout is 17.9% till 11 am

Around 12 per cent of the voters cast their vote till 11 am in the Himachal Pradesh Assembly poll 2022. Here is the constituency-wise voting turnout trend.

Over five per cent of the voters cast their vote till 10:15 am in the Himachal Pradesh Assembly poll 2022. Here is the constituency-wise voting turnout trend. 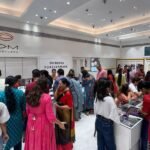 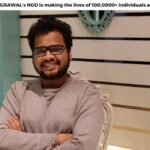