In connection with the alleged molestation and harassment of a female inmate, Kolkata Police announced on Thursday that they had detained a man who manages a homeless shelter and two of his accomplices.

A 23-year-old woman’s two accusations led to the police registering two distinct cases, according to the police.

A molestation case was filed on Wednesday in response to the first complaint, and a second case was filed on the same day based on the second complaint under sections 34 (acts fine by several persons in furtherance of common intention), 386 (whoever commits extortion by putting any person in fear of death), and 387 (putting any person in fear of death or of grievous hurt to that person or to any other) of the Indian Penal Code (IPC), said . 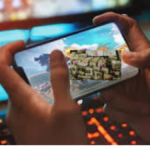