GUWAHATI, NOV 15: Bollywood actor Hrithik Roshan along with his whole team arrived in Assam to shoot for his upcoming movie “Fighter” on Tuesday.

He headed towards Salonibari military base in Assam’s Tezpur district.

The film will be shot using state-of-the-art equipment, including Sukhoi 30 fighter jet and the film shoot will begin on November 18.

The other two lead actors Anil Kapoor and Deepika Padukone will also be joining Hrithik Roshan later for the film shooting at the military base.

Hrithik announced ‘Fighter’ on his birthday last year and had also shared a motion poster with the caption, ”Presenting a glimpse of the MARFLIX vision as Fighter! Looking forward to my first flight alongside the exceptional Deepika Padukone. All buckled up for this Siddharth Anand joyride.”

The post <strong>Hrithik Roshan arrived in Assam to shoot for his upcoming film “Fighter”</strong> appeared first on OUR INDIA. 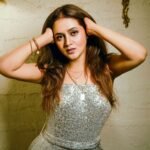