The West Bengal School Service Commission (WBSSC) should be disbanded, the Calcutta High Court said on Thursday, if the teachers who were appointed unfairly cannot be fired.

When hearing a request from the WBSSC to review a previous order by Justice Abhijit Gangopadhyay ordering the immediate termination of the services of the illegally appointed teachers in the state-run schools, Justice Biswajit Basu made the observation.

The commission argued that the in question teachers have been employed for more than three years and have not yet been the subject of any delinquency complaints. As a result, it asked the court for authorization to make new appointments while maintaining the services of the concerned teachers.

However, Justice Basu stated that illegitimate appointments could not be permitted at any cost and requested that the SSC offer them posts other than those of instructors. The WBSSC informed the court that it was not possible to appoint these instructors in any other department because there is no relationship between the commission and the state government in this case. Hearing this argument, the court concluded that, if it couldn’t fire these teachers, it would be better to dissolve the WBSSC. On November 18, the subject will be heard once more.

The post If illegally hired instructors cannot be fired, the Calcutta High Court orders that the WBSSC be disbanded. appeared first on OUR INDIA. 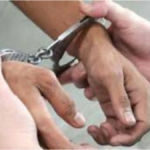