While running for office in Juhapura, Gujarat, for the 2018 Assembly elections, AIMIM leader Asaduddin Owaisi unleashed a harsh attack on Union Home Minister Amit Shah after the latter claimed that the BJP had given rioters in Gujarat a lesson in 2002.

“I want to tell Union home minister, the lesson you taught in 2002 was that Bilkis Bano’s rapists will be liberated by you, you’ll free the killers of Bilkis’ 3-year-old daughter, Ahsan Jafri will be killed…which lessons of yours will we remember?” Owaisi asked in front of the throng.

“They “taught a lesson,” according to the home ministry. What lesson did the communal riots in Delhi teach, Amit Shah Sahab? “Added he. Union Home Minister Amit Shah claimed on Friday that the BJP had taught the state’s rioters such a lesson in 2002 that they had not dared to raise their heads since. He added that his party had brought “permanent peace” to the state. In 2002, large-scale violence was reported in several areas of Gujarat as a result of the train burning incident at Godhra Railway Station in February of that year. Amit Shah said during a rally in Mahudha town, Kheda district, in support of BJP candidates ahead of the next Assembly elections, “Communal riots were frequent in Gujarat (before to 1995) while the Congress was in power. Congress used to promote conflicts between members of various castes and communities. Through these riots, Congress increased the size of its voter base while wronging a sizable portion of the population.”

Shah asserted that the 2002 riots in Gujarat were caused by perpetrators who had developed a habit of using violence as a result of the extended support they had received from the Congress.

“However, these elements turned away from that path after being given a lesson in 2002. (of violence). Between 2002 and 2022, they abstained from using violence. Gujarat has been permanently at peace thanks to BJP’s stringent enforcement of its anti-communal violence policies “Minister for the Union stated.

The post Lesson you taught in 2002,” Owaisi replies to Amit Shah’s statement regarding the riots in Gujarat. appeared first on OUR INDIA. 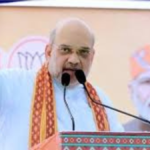 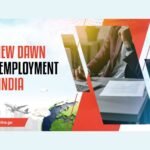