0
The interactions Mamata Banerjee had with the locals during her visits to at least three villages in Jhargram on Tuesday helped to support her allegations that the rural population’s difficulties were made worse by the Center’s decision to block payments for a number of central programmes in Bengal.
Mamata didn’t take a chopper back to Jhargram from Belpahari, where she went to celebrate the birth anniversary of tribal independence fighter Birsa Munda.
She commuted by car.
“She stopped her convoy at least thrice on the 30km stretch from Belpahari to Jhargram. She got out of the car and walked into small villages and entered homes. Villagers narrated their plight in the absence of 100 days’ jobs, scarcity of drinking water and halt of funds for rural housing,”.

She interacted with the native women at Kurchibani village while holding a child.

Didi, my house isn’t finished. A woman from the crowd pleaded, “Please see. We have to trek far for a tub of water.

Mamata gave an explanation of why the woman’s house wasn’t constructed.

“Due to Delhi’s failure to provide finances, you will not receive your home. We are battling for the funding. As soon as we have funding, your house will be erected. By the end of 2024, I guarantee that you will have a piped drinking water connection, stated Mamata.

She explained to some young people in the area of Muchiganj how the Center’s choice made their problems worse.

Senior officials who worked on planning her itinerary claimed that she made the choice to visit communities on the spur of the moment.

The post Mamata Banerjee avoids the helicopter and visits communities appeared first on OUR INDIA. 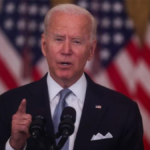